Birds of Franklin County | Then and Now
‍ 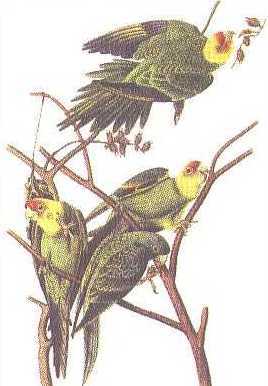 The Carolina Parakeet was once common in the southeastern United States. The bird became increasingly scarce as deforestation reduced its habitat. Already rare by the mid-1880s, its last stand was in Florida, where, in 1920, a flock of 30 birds was the last ever seen of the only native parrot of the United States. The Old Firestation Museum has one of the bird's eggs. 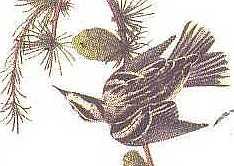 The Black and White Warbler 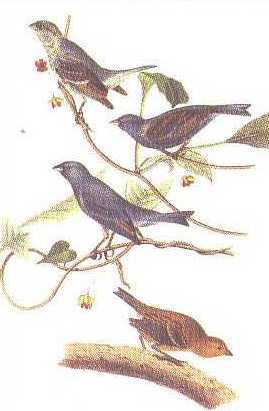 Summer pastures and forest perimeters make a contrasting background for the bright blue male Indigo Buntings. Although their songs are less than melodic, they sing well into summer. 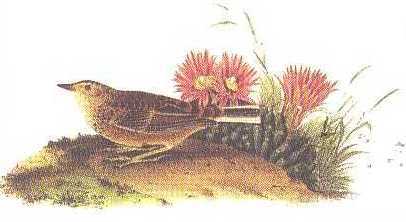 Sprague's Pipit is a high flyer and singer, marking its territory with song. It prefers plowed fields and shortgrass prairies. 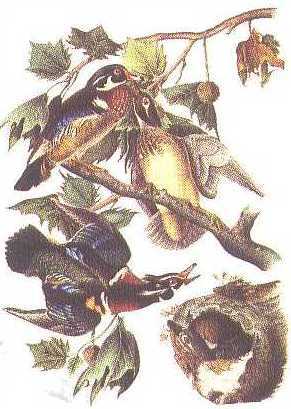 Hunted almost to extinction for its colorful plumage, the Wood Ducks are rebounding. They favor swamps, ponds and marshes. Usually seen in pairs, they are year-round residents. 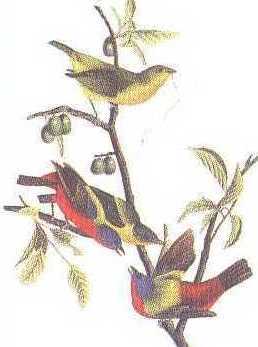 The Spanish call it the mariposa, or butterfly, for its bright colors. The Painted Bunting is a summer resident of the woods and roadsides in Franklin County. They spend the winters in Florida, Mexico and Guatemala. 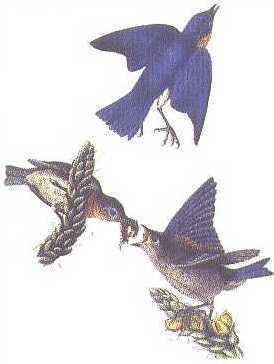 The Eastern Bluebird is fighting against starlings and house sparrow for territory. Monitored bluebird boxes are helping the brightly colored birds make a comeback. You will find them year round in Franklin County. 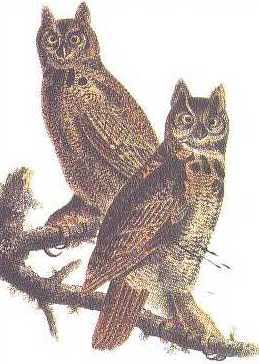 The Great Horned Owl is common throughout North America year-round. Its call is usually 4 hoots. Squirrels, rabbits, skunks, geese, hawks, and songbirds are on its menu. 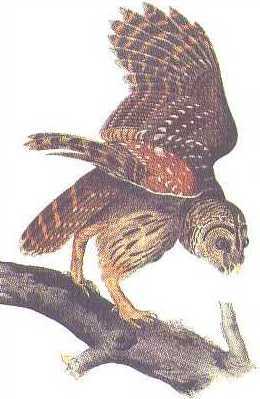 The Barred Owl is also known as the "Crazy Owl" for its great variety of strange calls. Experienced birders lure them into view by imitating their simpler calls. They can be almost 2 feet long. 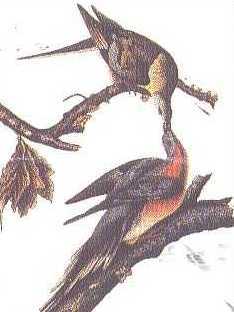 Of course, there are no more Passenger Pigeons, but the Old Firestation Museum does have a display of one of their eggs. 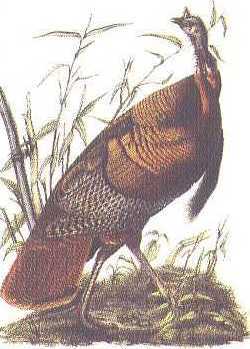 The Wild Turkey can grow up to 4 feet long. Franklin County is the westernmost boundary of their southern habitat. Their habitat is brushy woodland edges, forested swamps and open woodlands, all of which is found in Franklin County. 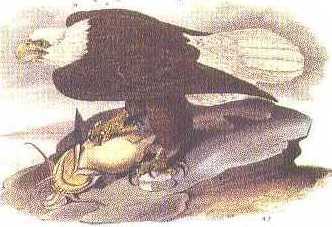 The Bald Eagle can be over 3 feet long with a wing span of 8 feet. The eagle will most likely be seen near Lake Cypress Springs in the winter.

The Smith's Longspur regularly winters as far south as Franklin County. Its summer home ranges from the west side of Hudson Bay to the northern slopes of Alaska. The birds usually migrate in small flocks.